October 7 is the anniversary of the barcode.

That is, it’s the day the first barcode patent was granted.

I remember discussions about the barcodes while I was at ArtCenter.  Its necessary prominence on packaging and publications was considered the downfall of all that is good design.

We were still getting used to the fact that everything designed for inventory, sale and tracking had to include a barcode, and therefore designers had to accommodate its presence. For many, this was regarded as an intrusion and interruption of great design concept.

Designers have always had to adapt and adopt technology, from the way we work to the deliverables we create. Barcodes are just one example.

On its own, the barcode is aesthetically sound. It employs actual and implied line, a high degree of value contrast, decently proportioned linear and numeric elements, ample negative space to allow for readability — which relates to figure–ground perception, and an alternating (metric) rhythm. Its layout allows for variations in how it’s utilized in packaging, labeling, and publications.

The original, patented concept was a series of circles. The striped version we’re used to made its debut in 1974 on a pack of Wrigley’s gum.

Today, we take the barcode for granted, without thinking much about it as a solution to a business problem. That problem was, “How can we create something that automatically provides data for inventory and purchasing decisions at checkout?

Barcodes are used by the US Postal Service, UPS, FedEx. They’re used on tax forms, produce labels, ID cards, gift cards, and transportation systems. They reduce information  to a series of shapes, lines and colors — formal design elements. They are designed.

The designers of the barcode weren’t bona fide designers. They were in search of a solution to a grocer’s problem — a business problem.

Barcode design is the result of assimilation (a principle of gestalt design theory).

According to this article, the creator of the barcode started with the principles behind Morse Code… a system of dots and dashes. He stretched those dots and dashes into lines which could be read by electronic scanners.

If we didn’t first have Morse Code (thanks, Samuel), we wouldn’t have barcodes. 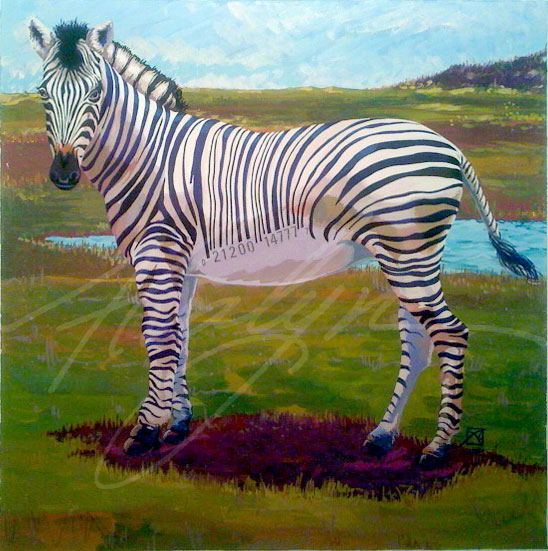