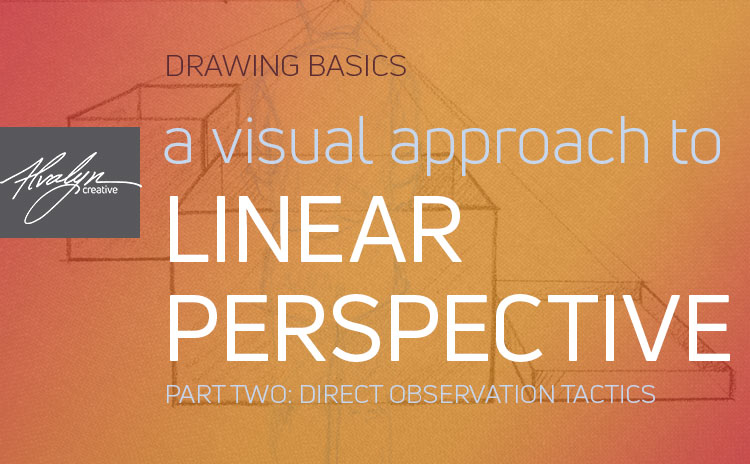 This article is Part Two in a series of tutorial articles explaining linear perspective from a visual, non-technical approach. By visual, I mean drawing from direct observation and the imagination rather than from a measured approach. My goal with this series is to help beginners and more experienced artists, illustrators and designers improve their drawing and observation skills.

The principles of linear perspective describe the way things actually are, how we observe what’s in our visual field. So we’re not concocting a theory and applying it, but instead we’re observing visual principles in action in the world around us.

When constructing perspective drawings, there are 4 relationships you need to begin with: where eye level is, where the objects you’re drawing are in relationship to the picture plane, how those objects are angled, and how far away the objects are from you (the viewer).

Drawing a perspective view from observed reality is simply a matter of depicting the proportions and angles as they actually exist.

The image you create or capture should be consistent in angles and proportions with those of the observed objects. So, drawing a perspective view from observed reality is simply a matter of depicting the proportions and angles as they actually exist.

Four perspective relationships you need to begin with

The height of eye level

Eye level is the distance from the ground to your eyes. When you stand, your eye level is higher and when you sit, it’s lower. Objects appear differently depending upon the height at which you’re viewing them.

The distance of the object from the picture plane

A close-up view of objects leaves little background in the picture plane, and a distant view may allow background to take up most of the picture plane. When you create an image, or you photograph reality, how are you frame the image makes a difference in how the objects and the space are understood by the viewer.

The distance of the object from the station point

The station point is the position of the viewer in relationship to the picture plane and everything within it. Objects diminish in size as they increase in distance from the station point.

There is a limit to the distance human beings are able to see.

Objects can recede in any direction. That means that each object you observe in a scene will appear to decrease in size until it disappears and vanishes completely from sight. Every object in a scene acts on its own and has its own, independent relationship to the viewer.

The farther away an object is from the viewer, the closer it appears to eye level. This is true whether the object is above eye level or below it.

The angle of the object to the picture plane 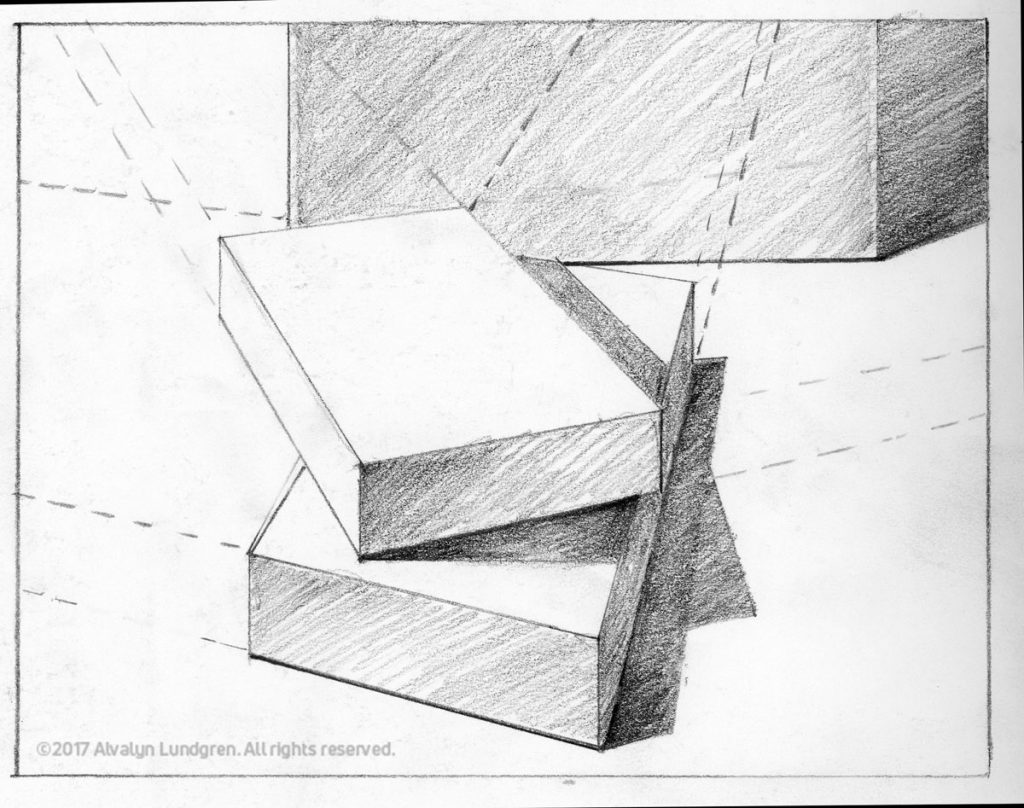 To find the angles of an object in one-point perspective 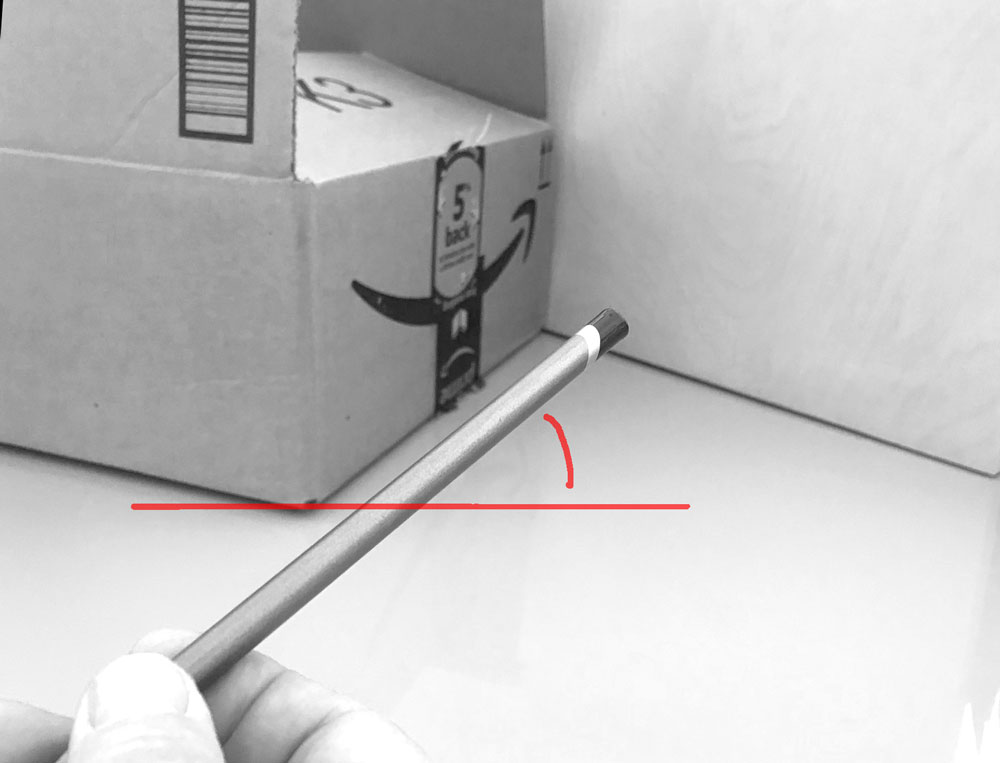 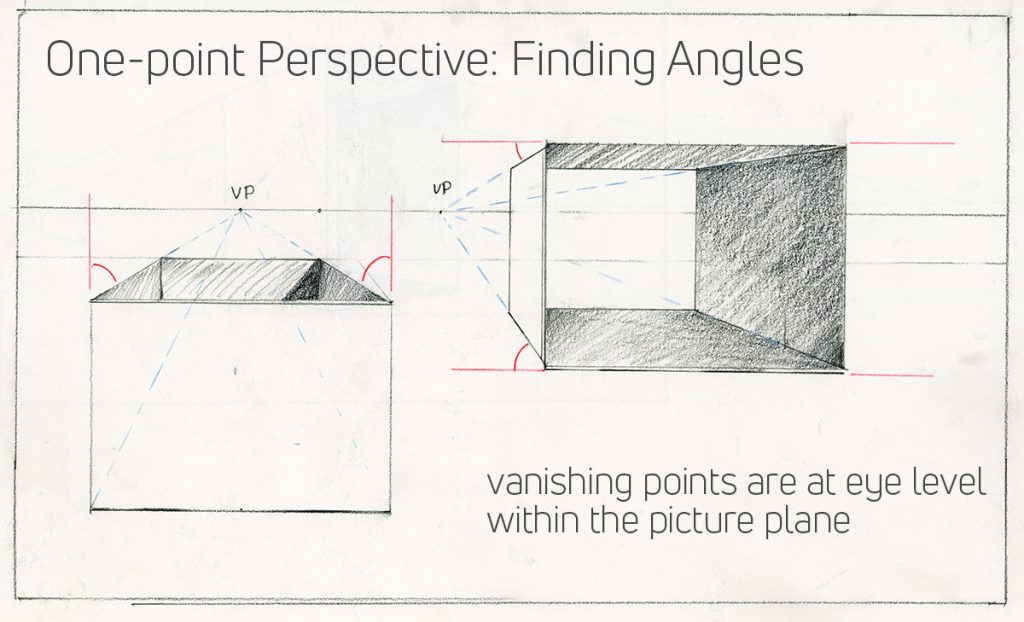 To find the angles of an object in two-point perspective: 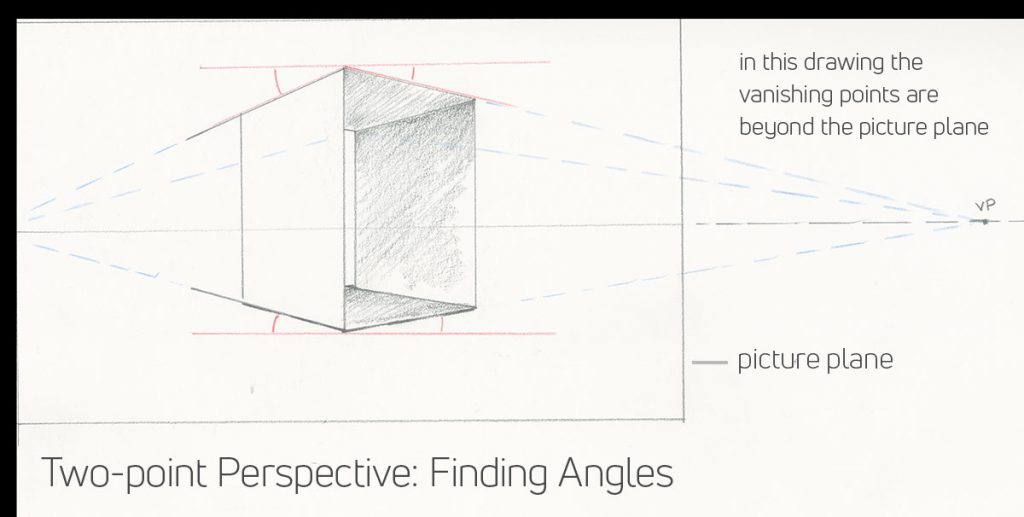 When vanishing points are located beyond the picture plane boundary: 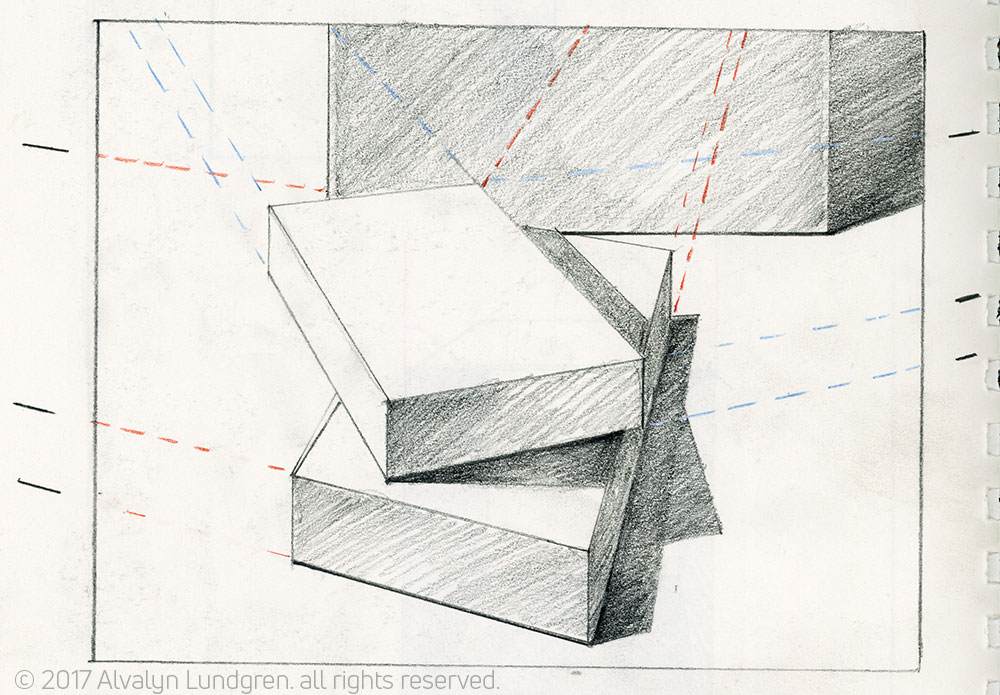 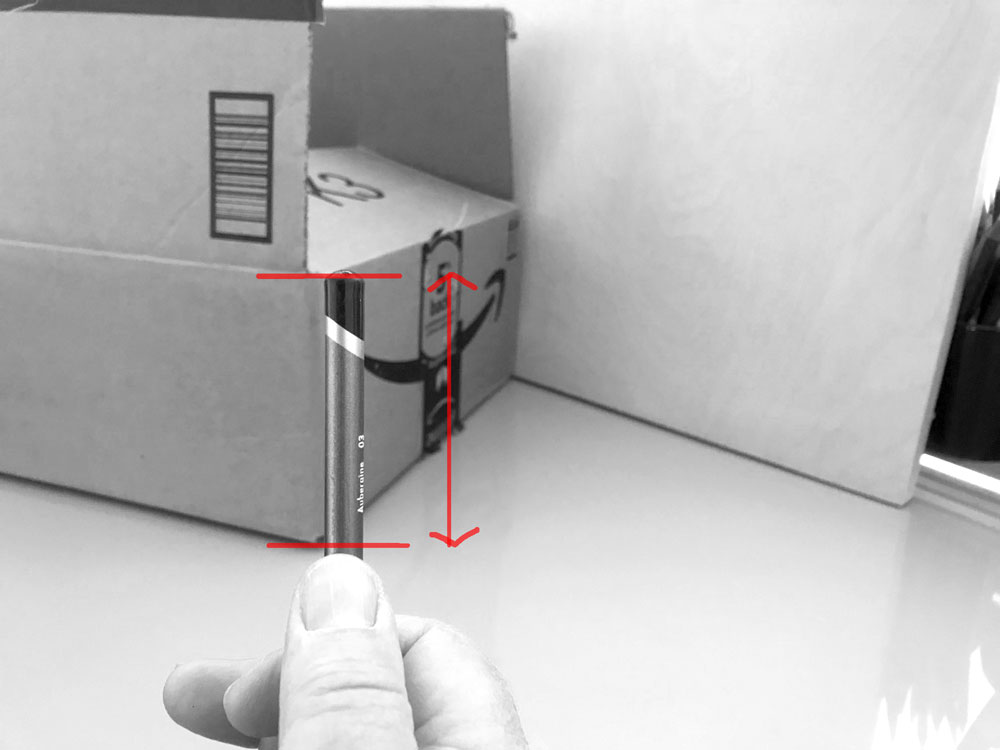 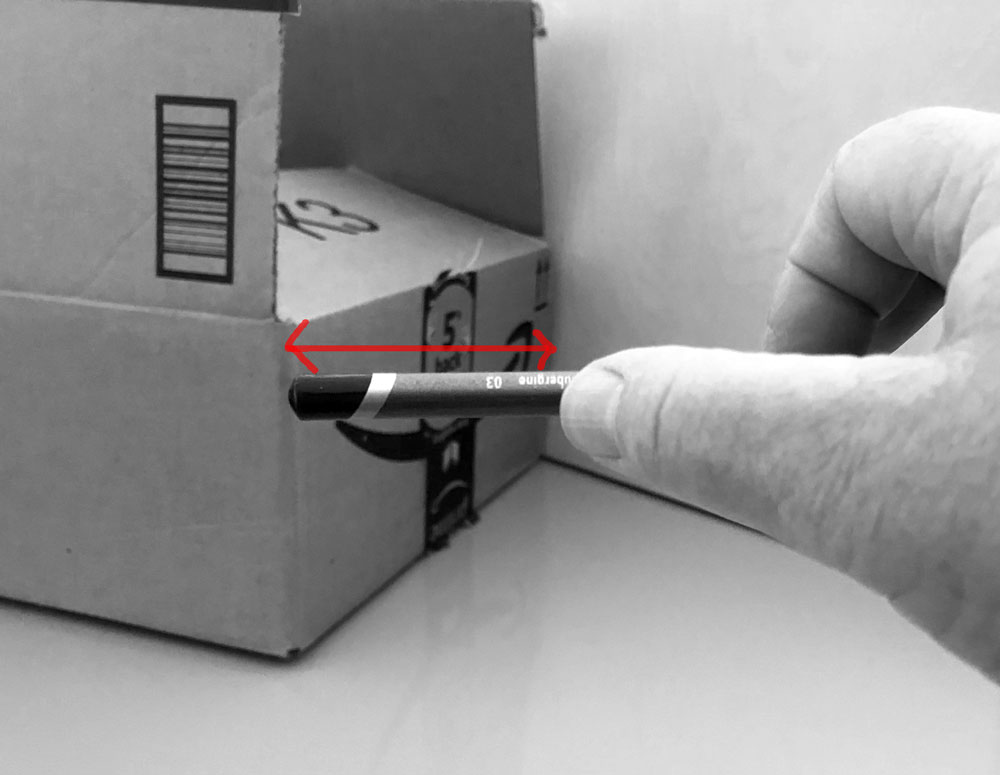 Read Part One of this series here.

Related Articles On This Site:

What is Eye Level?

8 Tips for Improving Your Drawing Skills