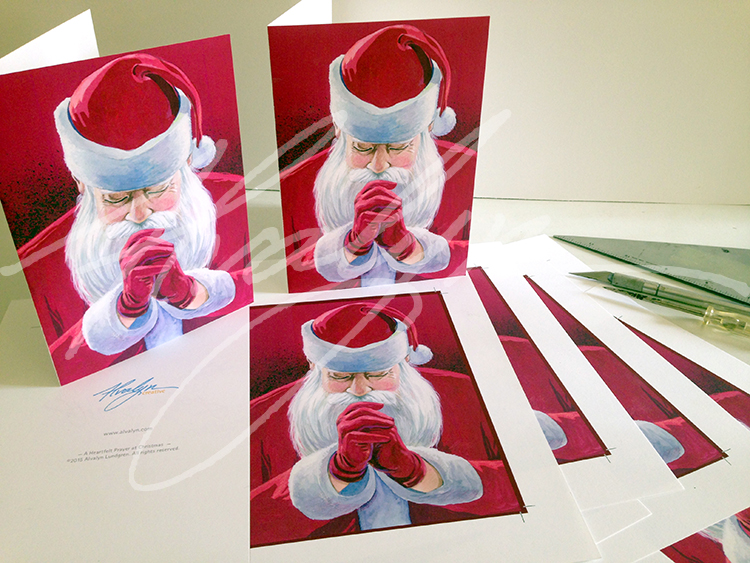 This very popular image is becoming iconic due to its popularity in memes and other social shares.

For those who have used this image for that purpose and want to know who’s the creator, that’s me. This is Santa’s Prayer, painted in watercolor, gouache, and colored pencil.

I developed this illustration over 10 years ago as the cover art for a Christmas message series by Pastor Daren Laws. The series was titled, Life-Changing Prayers At Christmas. I was given the title, and it was left up to me to determine the creative direction and final image. I was given total creative freedom by a trusting client.

There aren’t many existing images of Santa praying, and most of those are cartoonish in approach and style. I wanted to create a close-up with a serious, reverential look and feel.

In searching for reference sources, I found several photos of older, whiskered men in facial poses similar to what I was looking for. I based Santa’s face on these and used my own hands as reference.

This illustration presents a different approach to the Christmas holiday. It bridges the gap between the commercial and the sacred celebrations by combining the popular culture icon of Santa (made famous in his current form by Coca-Cola) with the Christian celebration. 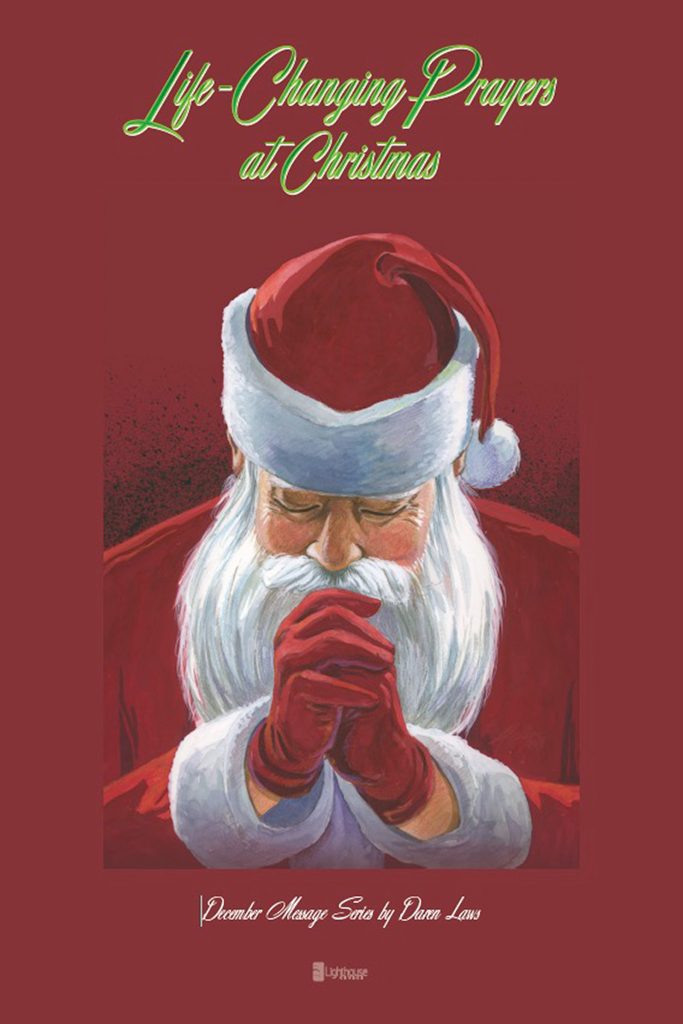