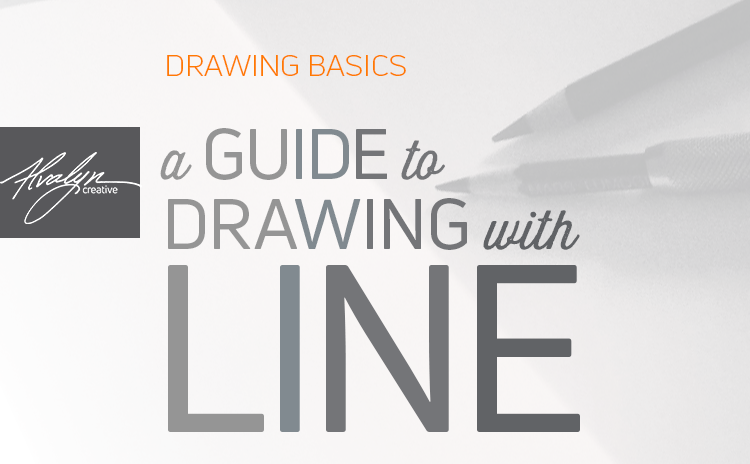 Most of us use line without thinking much about it. Since early childhood we’ve used pencils, pens and crayons to make marks. Making a line is easy. Drawing with line — making line communicate visually — requires a bit more thought. So it’s useful to know what line is, what it does, and ways we can use it.

Line is foundational to other design elements

Line is the foundation of drawing and has a lot to do with painting and the various design disciplines. We use line to describe form, divide space, create texture and pattern, and move the eye through a composition. We know that visual are and design use line and shape as basic elements. They’re actually two of the five basic design elements which include: point, line, shape, plane and volume. While a point describes position, line is the connection between two points, or the path traveled by a point as it moves. In theory, line has only one dimension — length, because its width and depth are minimized in relation to the length. Direction is an inherent characteristic of line. If you put pen to paper to create line, you will have to go in a particular direction. You can repeat the direction with additional lines, or change direction in the same line. A line that closes back on itself is a shape. We use line to describe shape, form and space. We can be simplistic in how we use it and still communicate how form and space appear.

Contour line describes the edges of shapes and forms. Gestural line describes movement and direction. Contours can be simplified or detailed, depending on what we want to communicate. We can describe any form or shape using line alone and be very convincing. 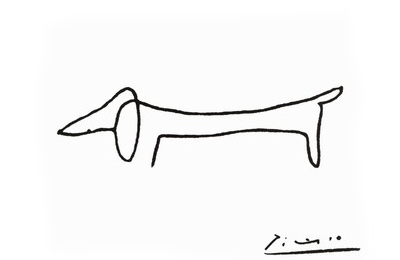 Line is used with precision in technical drawings, and in a less rigid manner in descriptive and narrative drawings.

Line is the most expressive of the form-related design elements. It can convey quietness or energy, cheerfulness or anger. It can be graceful or jagged, thick or thin, continuous or broken. Horizontal lines convey peacefulness and rest. We go horizontal when we sleep, so it’s an automatic association. Vertical lines are more active, and serve to lift the eye from bottom to top or drop it from top to bottom. Vertical lines are generally active compared to horizontal, and can suggest potential movement. Diagonal lines are used to show action. We lean forward when we run, and even when walking. The leaning line has energy and always suggests movement.

Pen and ink drawings, etchings, and pencil drawings use line to create tone through hatching — lines going the same direction — and cross-hatching — lines going perpendicular directions. Hatching is used to build up areas of darkness, and can gradate to lighter areas by changing the density of lines. This etching by Rembrandt makes generous use of hatching and cross hatching to build tonal areas for a realistic result.

Line is often used to create pattern through repetition. As it creates pattern, it also creates texture.

While inscribed line is that actual, visible, drawn line we use to describe form, there are two other types of line we use as designers: implied line and psychological line. Implied line occurs where there is an alignment of points so that the eye easily connects them. There is an implied line running vertically down the left edge of the text of this article, and the left edge of each line of type lines up with it. We can’t see that vertical line, but it’s there because of how things on this page are positioned. In linear perspective orthogonal lines describe the diminishment of forms in space as they become farther away from the viewer. When these lines are visible, they’re inscribed. When they’re unseen, they still play a role, connecting receding parallel planes to common points on eye level. Psychological line is the connection between two or more things — mentally. One thing points to another thing in the design. The person depicted in a portrait is looking to one side or straight out at the viewer. An arrow points to something. With psychological line there isn’t an alignment of several things creating a visual connection, but rather a reference to something within or outside of the picture plane. You can think of psychological line in this way: Is something in the design making you look at something else?

An implied line forms the baseline of every line of text. Line is also used in surface design, either as edges of shapes, as color bars or as its own element. Line causes the eyes to move through a design. The use of line is part of the visual expression of every culture.

A guide to using line in drawing

Contour  (outlines) drawing describe edges, both within the form and the outside perimeter. Contour drawing uses only line to communicate what forms are doing in space, and can be simple or complex. The more detail you want in your drawing, the more slowly you’ll observe and carefully you’ll draw what you see. Contour drawing allows you to focus on scale, proportion and shape, and relate the figure (form) to the ground (space). Cross contour drawing uses lines to not only describe edges, but also the angles of planes. Cross contour drawings generally adhere to the principles of linear perspective in that lines are depicted closer together on farther objects and and farther apart in closer objects. Cross contour is used for wireframing in three-D modeling and rendering software such as Rhino and Maya. Planar analysis uses line to divide forms into flat planes. We often see this used in life drawing, portraiture and CAD renderings. Knowledge of how a form is structured in planes gives us better understanding of underlying structure. Planar analysis is a good way to learn light and shadow and anatomy. Hatching and cross-hatching are used to add tone to linear drawings, lithographs and etchings. Hatching is generally understood as the use of parallel lines to build up a color area. Cross hatching uses layers of parallel lines at different angles. By varying the line weight and density, a variety of tonal values can be created. 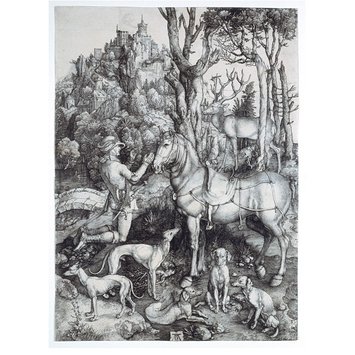 Hatching lines can be straight, curved, jagged, long or short. You can use hatching to show texture. And you can apply it in a cross-contour manner to enhance the illusion of volume.

For the next 7 days, draw at least one object, portrait, animal or scene per day using contour line only.  Draw from life, not photos. Carefully observe corners and edges in the forms and pay close attention to proportions, shapes, and angles. Photograph or scan your drawings as jpgs, or use a drawing app like Procreate. Post your drawings for feedback to the Eye Level community on Facebook. Related Articles: How To Find Angles and Proportions in Linear Perspective What Is Eye Level?
Tags: draw with line, drawing, how to draw, how to draw with line, how to use line, line drawing, texture