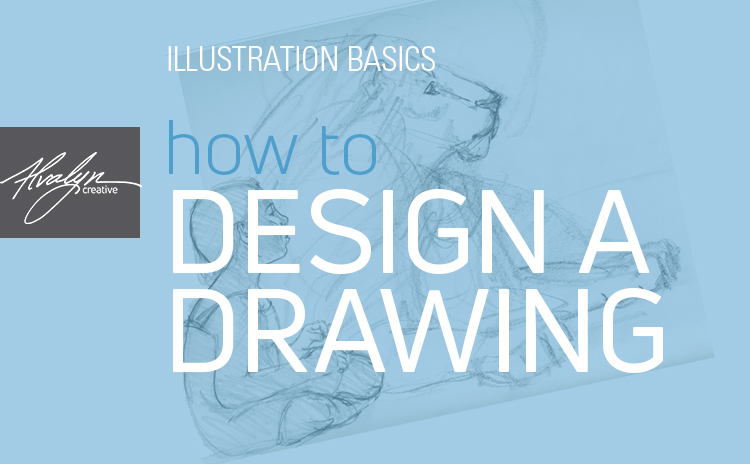 What would be the forward steps to draw realistically, in correct proportions, from imagination? Especially imaginary (though “realistic”) human figures in a narrative context.

The way I approach drawing realistically from my imagination is to begin with gestures to set up the overall stance, movement and proportions, and loosely arrange figures in the space. I also loosely indicate the environment around the figures.

I then begin to “build” the forms by adding contour lines, usually starting with the most foreground figure and relating everything else to it. I generally refer to photographs and sketch people and scenes from life as reference. Studying how clothing drapes, revealing and hiding the form underneath, helps me communicate form and action in an illustration.

I’ll step aside here to point out that we draw from what we see and also from what we know. The more we know about what we see, the better we’re able to pull off a convincing imaginative scene. Whether drawing from observation or from reference, we look for what we know to be true: things like how light and shadow worth together to reveal form, how shadows follow linear perspective principles, how colors interact, proportions of the figure, shapes and textures.

That leads to the understanding that, to draw better, you need to draw — a lot. If you’re not yet keeping a sketchbook on a regular basis, I recommend it. Any sort of sketchbook or pad and app will do. Keeping a book helps you see your progress. At the end of this article you’ll find links to three sketchbooks I use.

A narrative Illustration is a visual story in which figures are usually placed in a setting, and they’re usually doing something in that setting. The setting is the surrounding environment which helps to tell the story. If you’ve ever watched a film, television show or streaming video you’ll notice that there’s always an environment. Even commercials put people, objects and animals into environments where they interact.

Here’s an example of a visual narrative by Howard Pyle:

Take a look at the composition. Look at the angles, the way the forms overlap, the isolated figure to the left, how the angle of the dagger in the foreground mirrors the angle of the cliff edge and the group of seated pirates. Those are all deliberate decisions by the illustrator. As in writing, good stories don’t just happen.

Let’s look at this one by Karl Kopinski:

Again we’re looking at the use of diagonal implied lines in the composition, overlap, proportion, scale, light and shadow, and solid anatomy of the horses and riders.

In drawing a convincing visual narrative you’re dealing with more than accuracy. You’re trying to communicate an idea or sequence of events. You’re going to deal with figure and background or characters in an environment. Drawing is the foundation of a good visual narrative and is also the primary way that your illustration will communicate your idea.

Begin with the idea

The first step in creating a drawing that illustrates something is to know what you want to communicate. What is the story? This involves not just the character or personalities involved but where it’s taking place, and what’s happening between the characters.

So your first step is coming up with a concept. Where do you get ideas? Here again, you draw upon what you know.

Sketch out some thumbnails

Most illustrations begin with small concept sketches or thumbnails.  A concept is simply an idea quickly caught on paper. It’s an initial impression. Because they’re so small, thumbnails enable you to try out different ideas quickly without being concerned about accuracy.

Also, because they’re small, you can look at the whole sketch at once, not getting lost in details but staying at the “ big picture” level. A few lines and shapes are all you need to create a decent thumbnail.

Put a frame around it

Drawings and illustrations have height and width. In your concept sketches you’ll want to get a sense of the space that you’re working with. What orientation is best for the subject: portrait or landscape? Is a square proportion better? What size and proportion will help tell your story best?  I discuss this more in this article.

In fact, that’s the main goal of a thumbnail. You want to get the elements arranged within the space — loosely, but in a meaningful way. I strongly recommend that the dimensions of a thumbnail are in proportion to the final artwork so that you don’t have to redesign everything when creating the final design.

People often say that what’s in their head that isn’t what they’re able to get down on paper. That’s okay. It’s not an exact process. The goal is to get the idea down on paper so that you can run with it and refine it.

What is the light dark value pattern that’s going to help move the viewers’ eyes through the illustration?
Are the proportions of the figures accurate?
Are the figures accurate in proportion to their environment?
Is there a focal point?
Does the composition make sense? Is it believable?
Is there anything there that doesn’t need to be there?
Are linear perspective and diminishment working properly?
What can be exaggerated or emphasized to drive the story forward? This may be answered in foreshortening, exaggerated proportions and perspective, extreme contrasts of curves and straights or stretching and pinching.

When it’s not working well

I need to be fairly happy with the idea and the way I lay it out in order to move forward with it. If I don’t like the drawing at this stage I’m not going to like it as a final design.

But I think that’s a familiar scenario for many of us. We don’t like the way something is turning out. I think in that case the best remedy is to scrap it and start over. Don’t make the effort taking it all the way to a near finish or finished design. You won’t be pleased with the outcome. There is an art to knowing when to toss something and start fresh.

People often claim that their first idea is always the best. But how do you know an idea is your best unless you explore more than one? When you keep developing ideas you might surprise yourself with something you’ve never thought of before.

Get a different perspective

I often take photos of my concepts in order to look at them in a very small scale. This gives me a different perspective. It helps me to know how to refine the drawing and it also tells me if something is not working well.

Capture photos of your work in progress. Another trick I use is to turn the drawing upside down. This removes the subjectivity and allows me to consider it from a different point of view. I always see something that I didn’t see when the thing was right side up.

Looking at your work in a mirror is another way to objectively evaluate what you’ve drawn. Just fix what needs to be fixed.

When the design is interesting you’ll be a lot more interested in developing it into a finished work.

Many times I’ve started out with one composition and discovered that, in making a few changes and switching the orientation, there’s a more dynamic way to tell the story. For example, in an action scene, a horizontal composition may be too passive for the amount of energy and movement you want to express. Or you’ll start out with something horizontal and, in switching to a vertical composition, it becomes much more dynamic and interesting. When the design is interesting you’ll be a lot more interested in developing it into a finished work.

In the final drawing you’re going to be concerned with the details. You’re going to refine facial expressions, tweak movement and gesture, and make any final corrections to proportions and shapes.  This final drawing is like a trial run and is the basis for your finished design. You’ll refer to it as you develop the artwork.

I usually work from photographic reference. Photos contain visual clues we can use to make our images convincing. So I’m always looking back-and-forth between photos and my illustration. Even if I’m drawing out of my imagination I use photo reference to get light and shadow correct, because light and shadow work together to reveal form. Without them you have no basis for understanding form and space.

In narrative illustration and portraiture the role of photo reference is to help you make a convincing visual story. Everything needs to relate to human understanding or it won’t be understood by humans. Put everything in the context of human experience. This is how they do things in film. Visual story is what makes Game Of Thrones, Lord of the Rings and Harry Potter work cinematically.

Your turn:
Did you know there’s an exclusive Eye-Level art and design community on Facebook? To join the group, subscribe to my bi-monthly newsletter.