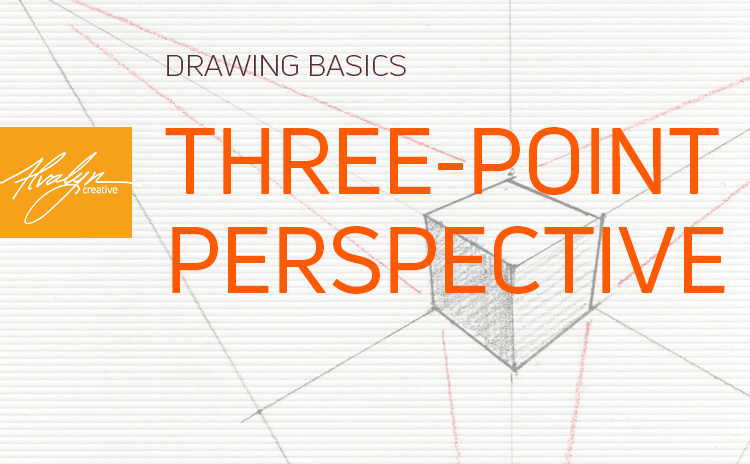 This is Part Three of my series of instructional articles about linear perspective. 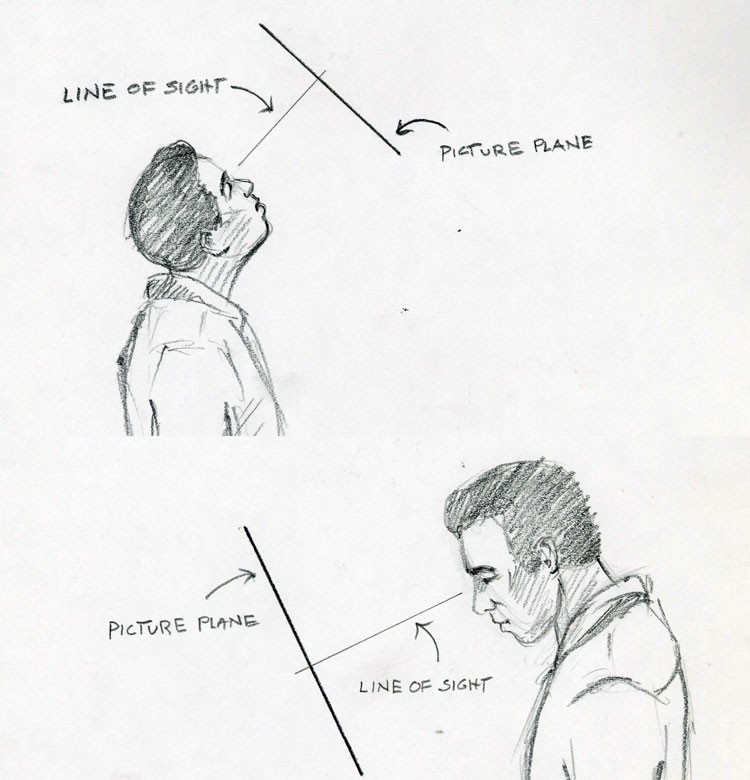 One-point perspective is useful in drawing interiors, street scenes and still-life arrangements. It is the simplest of the three types of perspective, but the results can be visual dull and uninteresting.

Three-point perspective has 3 vanishing points and all parallel planes are oblique or angled in relationship to the picture plane.

We use three-point perspective to communicate extreme height or depth — objects and structures are far above or below eye level. It can result in highly-dynamic images. 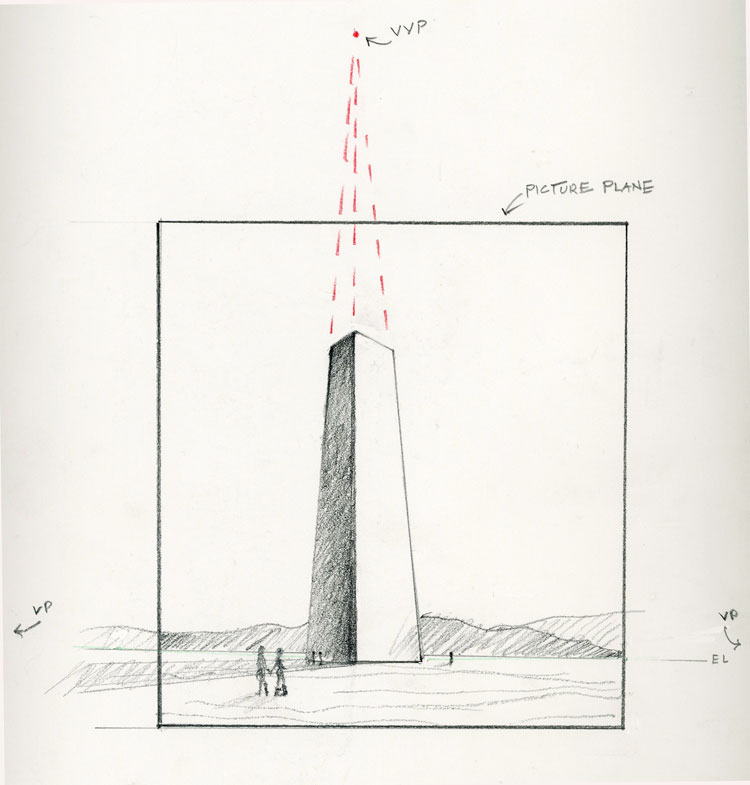 No matter what type of perspective you’re using, the principles and elements (eye level, vanishing points, object points, station point, etc.) are always applicable and should not be ignored if you want to create a convincing image. The first thing you need to do is establish the viewer’s point of view or station point (SP). Everything in the drawing will relate to the station point. I’ll note here also that any image you create can contain multiple vanishing points, and may include all three types of perspective. In the same drawing there may be objects in one-point, two-point and even three-point perspective. And each object will have its own set of vanishing points. 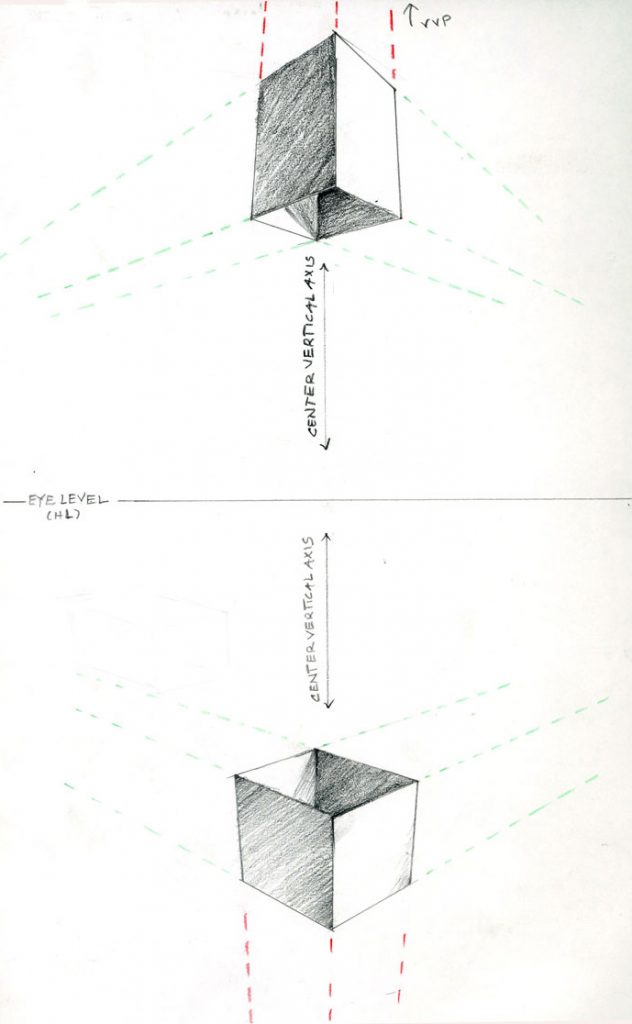 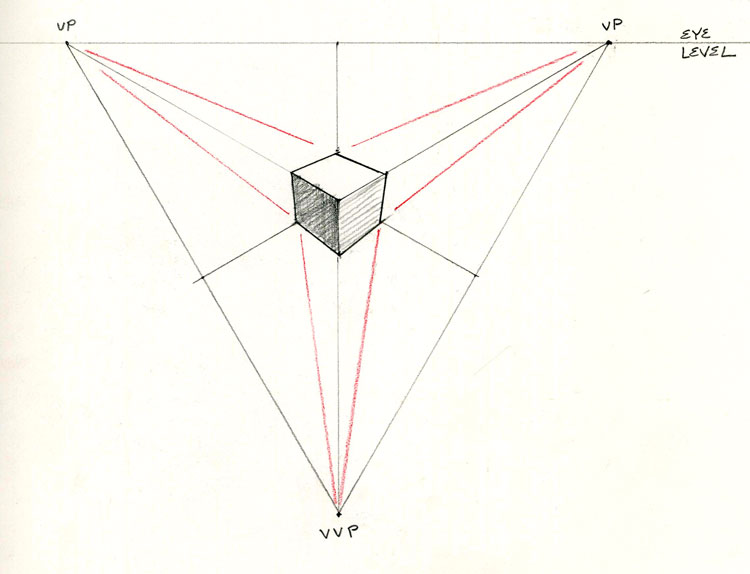 You’ll use triangularity regularly in three-point perspective, but the triangle will not always be equilateral as in this drawing. Once you have the cube established and all its angles are accurate, you can create other objects around using the same or additional vanishing points. Three-point perspective comes into play when objects are very large or when we’re very close to an object. The closer an object is to eye level, the less the vertical diminishment is noticed. Use three-point perspective in exaggerated views, when you want to emphasize height or depth, and to create larger-than-life heroes. While truly-accurate three-point perspective requires use of geometry, with some practice we can eyeball or estimate the various diminishing angles with a fair amount of accuracy.   RELATED A Visual Approach to Linear Perspective How To Find Angles and Proportions In Linear Perspective
Processing ...